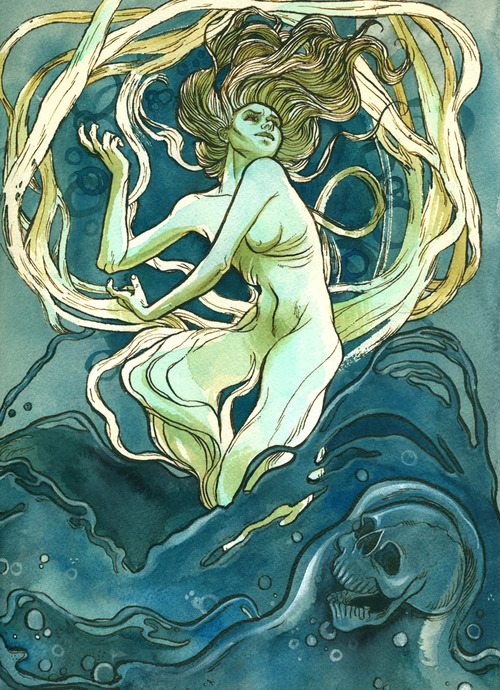 Jason flicked his cigarette off into the dark, distant grass. The lawns had not yet been watered, so the butt smoldered. Smoke, pulled by the wind, floated up toward them and swirled angrily around their heads. He did not speak. She did not speak. Slowly, he took a single step toward her. Margot pulled her hands to her chest and looked up at him. Tears were starting to well in her eyes, threatening to start pouring down her face.

There was no place for denial now. No room for her to pretend that she didn’t know what he was talking about. Her only concern could be her own preservation.

Boldly, she began to step away from him. She glanced down at her phone screen as she tried to get to the number pad to dial 911. He realized what she was doing and charged at her. With a yelp, she was able to twist out of his grasp, but he was able to grab her phone from her. He ripped it out of her hand and threw it into the water, breaking its smooth surface with a heart breaking “splash.”

As Margot ran, the smoke from the cigarette  ̶  now fully extinguished  ̶  rose far into the air, creating an arc across the park and into the water. The cell phone fell into the black depths, and in its last moments before the water shorted it out it lit up the murky water just enough to reveal what looked to the be the remains of a human skull. Then, in a final flash, it became dark again. Just above, the smoke touched the surface of the tumultuous water.

The wind howled and roared all around Margot. She was not thinking, she was not planning, she was not pleading with some unseen force for her life  ̶  she was just running. Tears clouded her vision, but she could see the trees on either side of the path blowing violently in the wind. Leaves and small branches were torn from their mothers and strewn across the park. Just over the screams of the wind she heard Jason’s steady pursuit from behind  ̶  the sound of his shoes connecting on the ground created thuds that resonated in her head.

The smoke pulsed and thickened, twisting against the wind to create the general shape of a woman’s figure. In the cacophony of the gale, sounds like wails of terror began to mix with snapping branches and furious wind. Bones began to lift out of the inky murk and float toward the white figure. Eyes and a mouth began to form, and at the same time tendrils of haze began arms lifted upward with vengeance.

Margot watched something white streak across her field of view. She panicked and stopped abruptly in her tracks, which caused Jason to run full force into her. He panted heavily as he grabbed her by her arm and swung her around. His face was contorted with a sickening combination of terror and murderous rage. “How could you even know about this!?” he demanded between labored breaths. “How the hell did you even find out!?”

Again something white caught Margot’s attention. Just behind Jason the figure of the woman was approaching, bringing with her maddening winds and the awful stench of death. Mixed amongst her figure were the bones of her long forgotten body. When she opened her fine white lips to speak, she exposed unmoving blackened teeth.

Jason, apparently deaf to the accusations of the specter behind him, repeated himself. “How can you know?” he so desperately wanted to know. “I had done such a good job keeping it secret!” His fingers dug into her arms as he gripped her even tighter.

Margot did the only thing she could think of and started to struggle. As she tried to pull herself away from him, kicking and screaming as she did, the ghost continued to beseech her to return the favor and murder him as well. He was stronger than she was  ̶  much stronger  ̶  but she managed to get one arm away from him and scratch his face. She became strangely aware of the sensation of pulling flesh away from flesh and the color of the blood that began to stream down his cheek. She watched, as time slowed to a crawl, as the last remaining amount of fear left his eyes. There was only room for rage.

He let go of her arms and grabbed her neck with both hands. She let out a strangled gasp and looked in terror up at the ghost, still hovering behind him, and did everything she could to silently communicate that she needed help. She watched the figure gesture down to the ground, all the while still screaming for justice, and fine smoky fingers traced down to a chunk of broken concrete on the ground. It was about the size of her fist.

She fell to her knees, then onto her back. She was not sure if it were her body giving out as the last bit of oxygen was metabolized by her system or her finding the last ounce of willpower in her system to fight Jason off. She glanced over to her side and saw the rock, now just a foot from her face, then back up to him. His eyes were wide, and his teeth were bared with the effort. She wondered how she had ever found such a man handsome as her fingers connected with the rough surface of the rock. Behind him was an opaque sheet of whiteness, and the figure of the woman was so close she might as well have been riding on his back. Her eyes, too, were wide, and her grotesque black teeth bared. She no longer spoke, no longer urged Margot forward  ̶  all she could do was watch. Margot tightened her grip around it, closed her eyes and used all the strength remaining inside of her to swing it in a perfect arc to connect with his skull.

A crack! and everything around her went still. The bones dropped from the air onto the cool night grass with a thunk, and the trees ceased to twist about. Jason’s grip around her throat loosened as his eyes rolled into the back of his head and he fell over to the side. Margot took a deep gasping breath as she kicked away out from under his body. The next few breaths were not so easy, and she spent a good amount of time coughing and hacking as she tried to stand up. Her legs wouldn’t cooperate, so all she could do was push herself further and further away.

She looked around for any sign of what had just happened. There were less leaves on the trees, and a few branches had fallen onto the ground. The water was still rippling with activity, and she could still smell what was surely a rotting body. But the night was still. There was nothing save for her, him and the bones of a woman whose face was the last thing her cell phone had shown.

She looked down at her left hand to see that the chunk of concrete, tinged with pink, was in her hand. With a revolted retch she dropped it and moved even further away from the scene.

Margot sat there weakly as she waited for Alex to finally come. She managed to draw her legs up to her chest and wrap her hands around them. She cried without effort  ̶  the tears falling from her eyes mechanically  ̶  as she gazed over at the water. She watched the ripples dissipate into stillness and felt a strange calm. Her body was heavy, as if she had just woken up from a pleasant dream, and she felt a bizarre twinge of optimism.