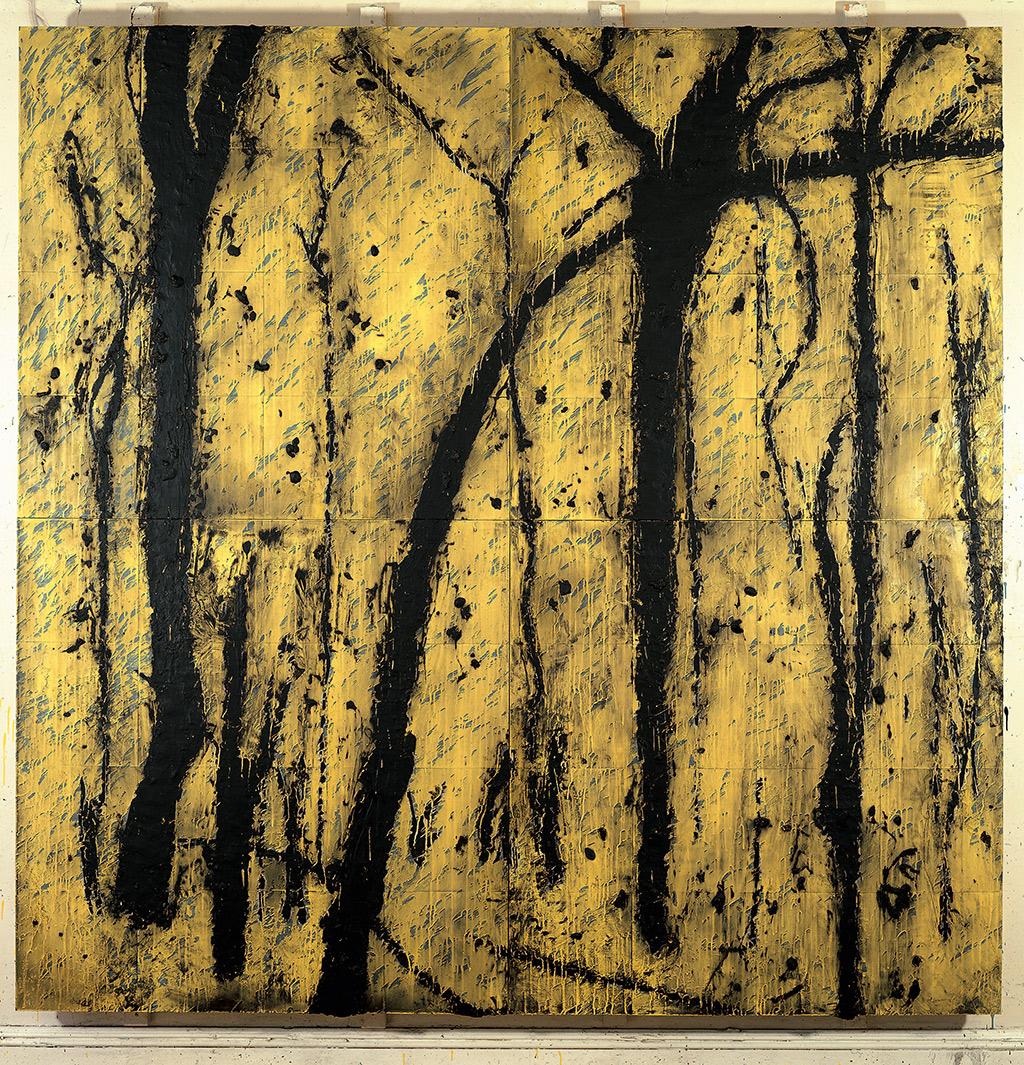 Donald Sultan’s industrial landscape series depict an array of catastrophes, including forest fires, railway accidents, arsons, and industrial plants exuding toxic plumes. Twelve of these large-scale paintings are now on display at SAAM in the exhibition Donald Sultan: The Disaster Paintings. Begun in the 1980s and worked on for nearly a decade, the Disaster Paintings not only explore the dark side of industry, they are made of layered industrial materials such as Masonite, linoleum, tar and plaster.

A smoldering black is the predominant color. Sultan was one of the first artists of his generation to employ a wide range of industrial tools and materials in lieu of traditional brushes and paints. Equal parts disaster and nightmare, they have a physical power as well as an emotional weight that keeps them suspended between painting and sculpture. Can a work of art be both?

In speaking of the series, Sultan mentioned that he wanted to create images that stuck with you and in some cases, give you the sense that you are at the event. Walking through the gallery at SAAM, I felt that most in the painting Yellowstone Aug 15 1990. Away from other works depicting firemen, burning bridges, and useless factories, I found my eye rested on the most colorful of the paintings in the exhibition.

With a predominance of yellow, it has the beauty of a gold-flecked Japanese screen. As you get closer you can see that the yellow is fire and the dark colors are the trees going up in flames. The closer I got the more I almost could hear the flames crackle.

“The series speaks to the impermanence of all things,” Sultan said. “The largest cities, the biggest structures, the most powerful empires—everything dies. Man is inherently self-destructive, and whatever is built will eventually be destroyed….That’s what the works talk about: life and death.”

SAAM is the third stop on a five-city national tour, organized by the Modern Art Museum of Fort Worth. Donald Sultan: The Disaster Paintings remains on view through September 4, 2017.